The Children of an Artist

Okay, this is not a normal post for me. There is definitely a following of people who do not appreciate pictures of artist's children in their blogs, BUT the argument I have for that is this. These children affect my day to day life and how I see the world around me. They inspire me to be a better Mother and artist everyday. So I had to share some current pictures of what they excel at doing other than being the child of an artist. 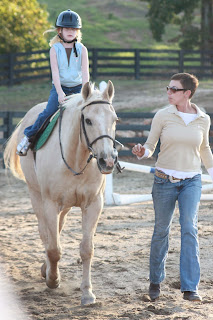 This is Mailey riding Charlie with her instructor Jonquil right along side. Jonquil ROCKS by the way! She's been taking riding lessons for about 3 months now out at Serenbe. This was her first ride on Charlie, a full sized Palomino horse that's 36 years old. Yes, that's right, I said 36. He is super sweet and amazingly soft! Mailey is dying to jump, but right now we are working on just the basics. Up..down..up...down.... I love to watch Jonquil teach her, so very patient! 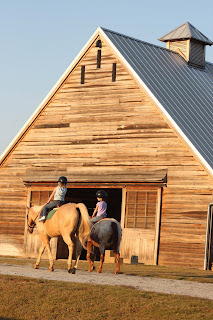 Here she is riding up to the amazing barn at Serenbe with lesson buddy Kathryn. Do you see how much bigger Charlie is compared to Gabby? 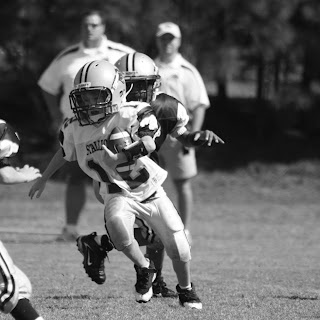 This is my super star William. At least I think he is. This was our first year with tackle football, where he played quarterback and something on defense (it's on the end-tight end?). He's played baseball since age 3. I've found football to be much more exciting to watch, and much more noisy, if you catch my drift! It has been a challenging season, but a wonderful lesson in humility as we win and lose as a team with dignity. 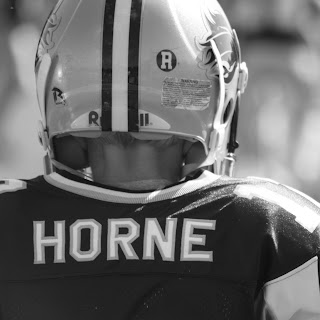 So there they are, my little budding artists who amaze me with their other talents. They also have a wonderful knack of driving each other crazy! I hope you have a lovely fall evening. Look for more pictures of felted birdies and some fun enameling that I'm making with Valerie soon!
Posted by Unknown at 3:19 PM 3 comments:

I've not been painting much these days. Tisk...Tisk...We've been playing musical beds in our house, which for some reason led to major clean outs and clean ups. I try so hard to stay organized, but alas, I feel there is no hope. My constant need for change makes staying organized impossible. We've lived in our home for almost 13 years now. This is the longest I've ever lived in one home. Growing up, by the time I was in first grade I think we'd moved 4 times before landing in Homewood, Alabama. After that there were 4 houses in Homewood, an apartment during that time as well while building, a house in Vestavia, an apartment in Mtn. Brook, 2 fabulous townhouses in Southside of B'ham, and well, I should probably count the 4 years at Auburn, each year in a different apartment. So I always had change in my home growing up....so there goes the story behind my constant "nesting". I did however, paint this sweetie last week before the major clean up. The leaves are made from vintage check registry. I really like playing with collage in my canvases these days and have big plans for some fabric soon! 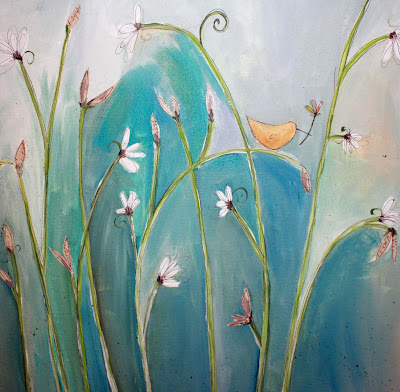 Posted by Unknown at 2:57 PM No comments:

I have a Etsy shop. I love having the Etsy shop. I have neglected this Etsy shop now for about 3 months though, and it shows. No sales. The trick to Etsy I have decided is to constantly add new items so you stay at the top of the lists. If you were to enter bird art for instance, most likely there would be 11 pages or so of items related to that tag. Because my listings are so old, I'd be at the last page. Bad place to be. So, here are a few items I'm going to start listing: 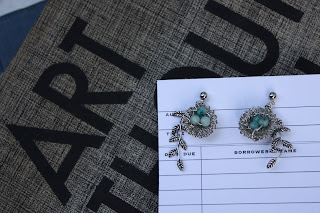 The sweet earrings I have left from Norcoss. 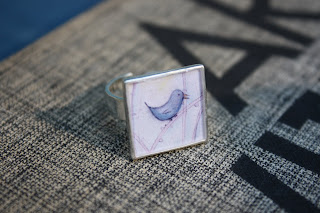 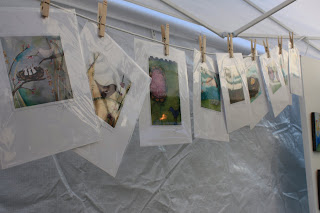 Prints. So, this weeks goal is to have a fresh new look to my shop and get back to better sales!

So, I've been asked by many of you, "How'd it go?" Let's just say it went better than I could ever have imagined! We woke Saturday around 6am, hurried to get ready and were in line to set up by 6:30. It was still dark at that hour! The volunteers were seriously like ants on candy at a picnic helping us unload and set up. I was super glad we did a mock set up in my driveway on Thursday. The way I laid out the booth I was a little worried people would not enter the tent to look around. But I was wrong. They saw my end-caps, and came right in! Inside I had so many little details and vignettes, that people stayed awhile and took it all in. 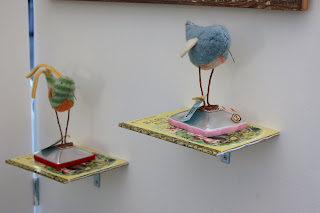 My little felties were on Baby Animals Golden book-book shelves. Everyone loved that idea! The felties were the first items to sell out. The 4 caged, 4 on stands and the Tweet Nest all have new homes. Note to self: make more for Marist! 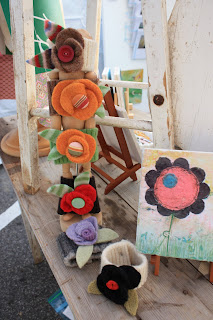 The other felted items I had were these cuffs, which all have happy wrists to keep warm now! They were displayed on one of my drawing dolls. 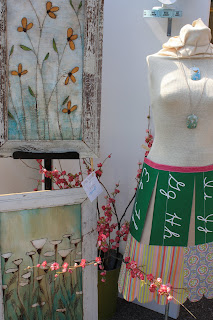 This was the left end-cap. The 2 paintings here got lots of attention and eventually found new homes. Tons of people asked if I'd be willing to sell my paper skirts, not this time around, sorry! Over the mannequin's left shoulder is my other cool shelf idea- a roll of blue tickets. 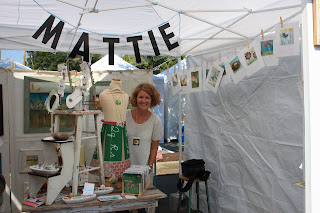 Here's me...the prints were on the clothesline and in a great rack I borrowed from the Flea. My larger pieces were on the back grid which I covered in white burlap. Overall the feel was soft and inviting. Several others vendors said they could totally tell that it was; a. my first show, b. that I used to be in retail, c. that I would sell my items because of the variety. So, lessons were learned and new ideas found. I am now gearing up for the Marist show on Saturday, November 1st. If you couldn't make it to Norcross, maybe you can make it there!

So here are a few shots of my weekend. I'll post a couple more later. The weekend went wonderful! People were very receptive of my work. I had great neighbors too! I couldn't have done the weekend without my Dad, Sister Molly and buddy Ellie. Mom was super help back at the homefront with Billy, which also made the weekend run very smoothly. I've got more credit slips to call in and cash to deposit. Let's just say I will definately be back next year! The people of Norcross were amazing to work with and the customers, well I hope everyone enjoys their gifts to themselves and for others! 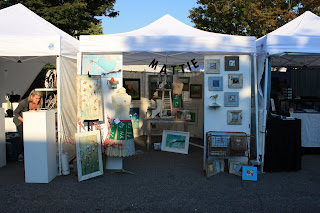 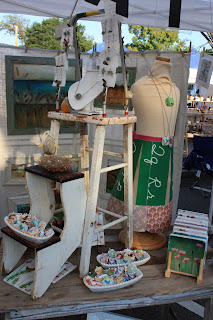 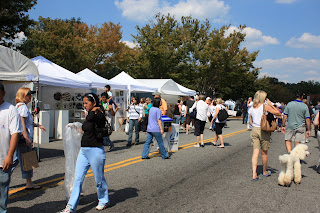 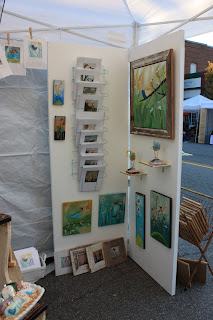 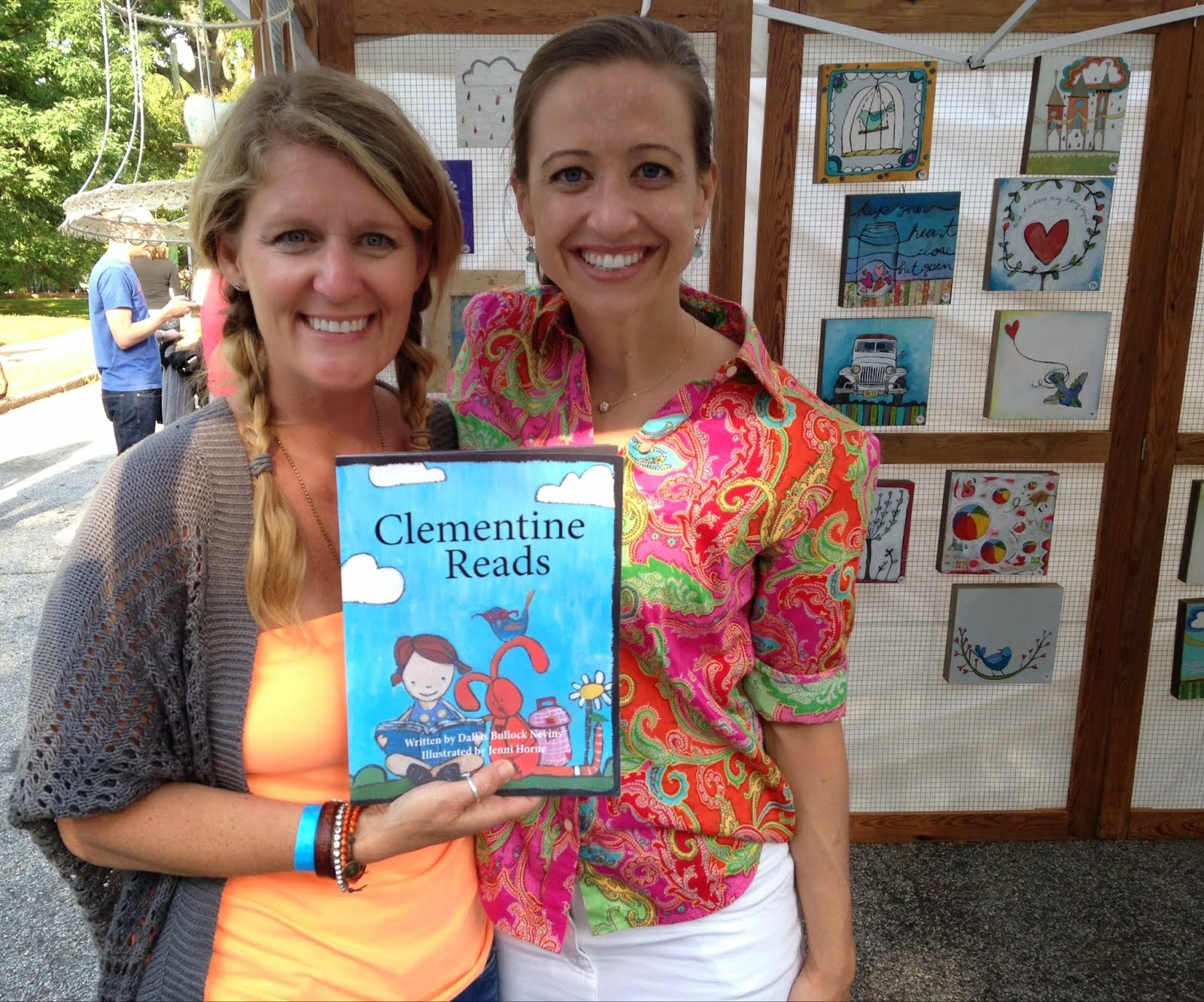 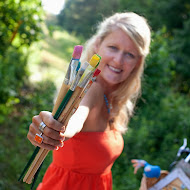 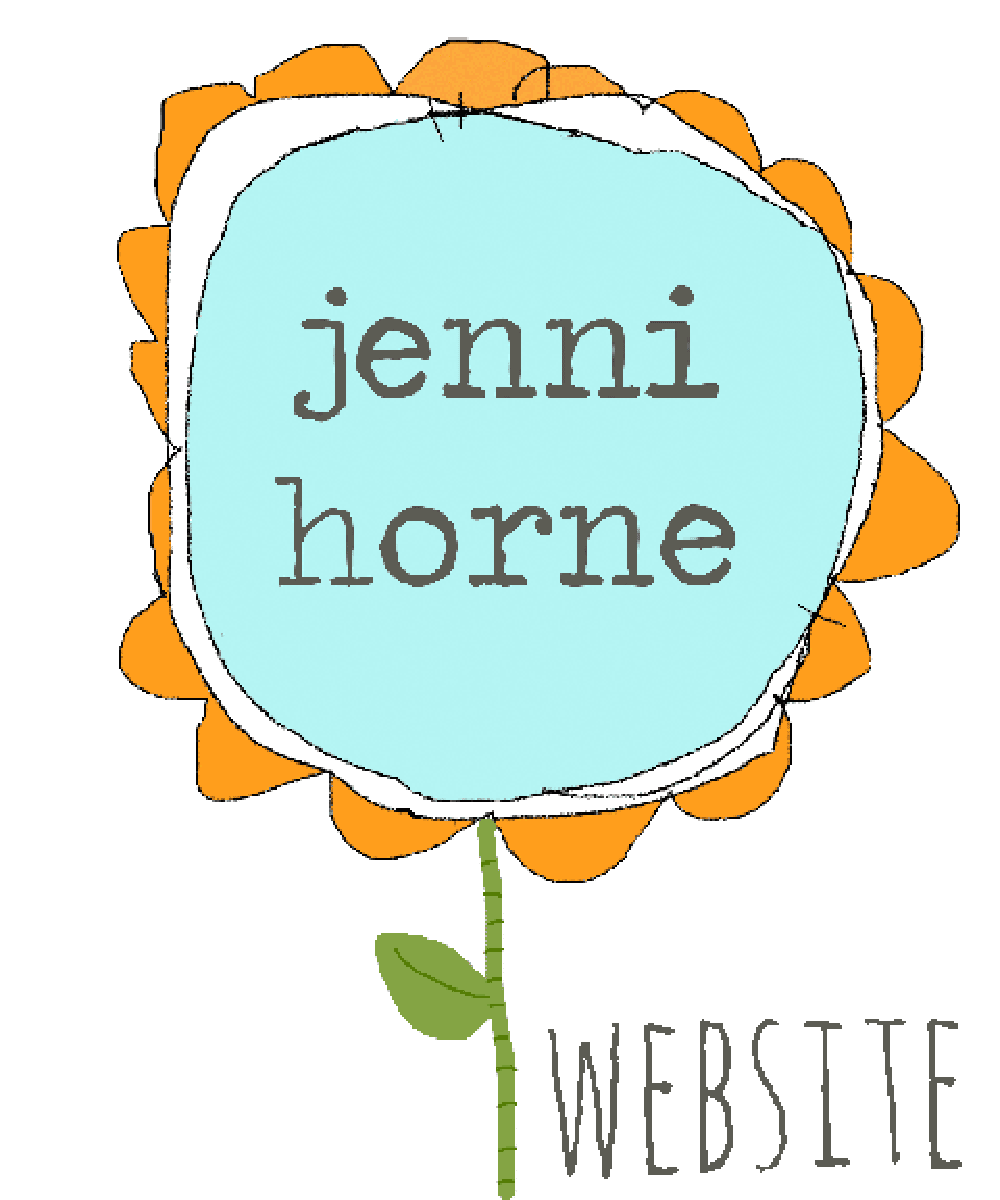 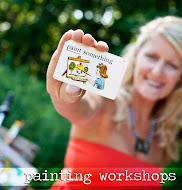 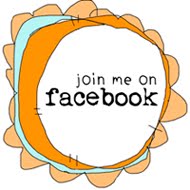 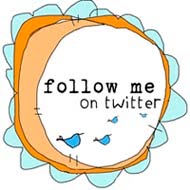